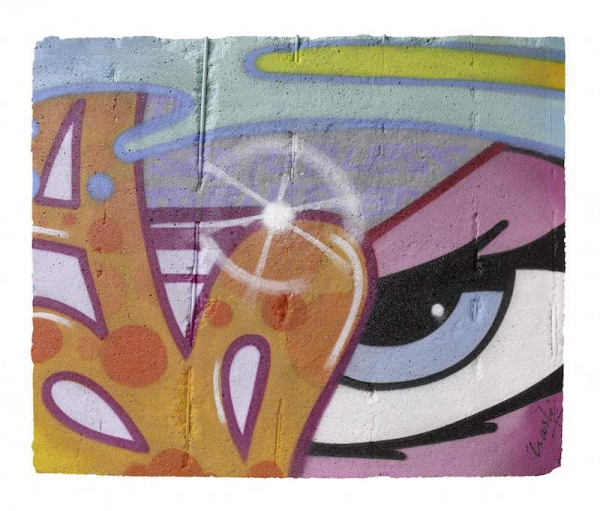 Crash was born John Matos and acquired his pseudonym after accidentally crashing a classroom computer.

At the vanguard of the early New York graffiti writers of the 1970s, he is known for his varied and colourful motifs and skilled wildstyle work, with strong influences from the world of comics and cartoons.

In 1980, he curated the exhibition titled "G.A.S." at Fashion Moda, which launched the

Graffiti phenomenon worldwide, which featured, Futura 2000, Lee, and others.

Images of New York subway trains are the bedrock of the global graffiti movement, and the artists of that era are now celebrated figures of its history.

Along with such artists as Futura 2000, John Crash Matos was one of the first writers to make the move to canvas at Studio Graffiti.

During that phase in his career he met Keith Haring and Jean-Michel Basquiat, who helped open doors for him to American and European galleries.

In 1984, he participated in “Figuration Libre, 5/5 France U.S.A” at the National Museum of Modern Art in Paris alongside artists such as Combas and Di Rosa.

He worked on the MUR of the rue Oberkampf in Paris in 2012, and has collaborated with major brands such as Absolut Vodka, Levi’s, and Fender Guitars.

His works can be seen in major museums across the world, from MOMA in New York to the Stedelijk Museum in Amsterdam.

There it is, this point of light,
at the heart of this wildstyle assemblage of colours,
hiding the grey background
of a city cut in two.