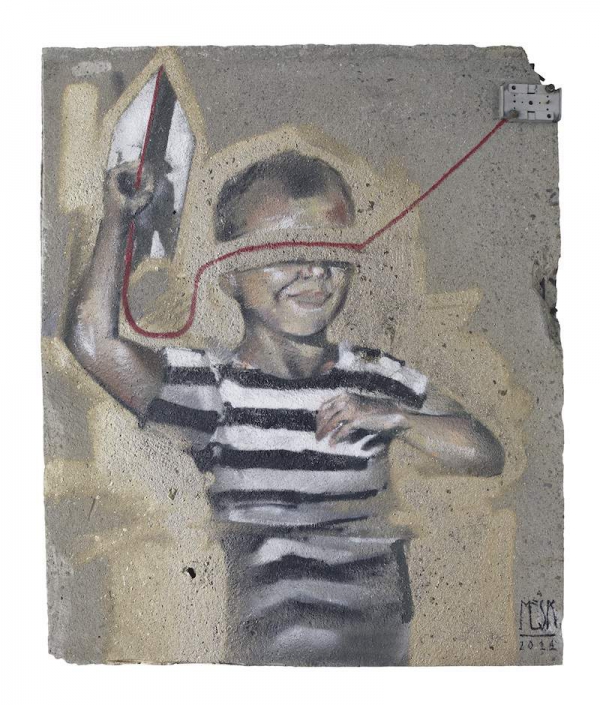 As is the case for many street artists, Manuel Mesa Delgado’s passion for drawing began in his youth. Playing as a child, surprise discoveries of new graffiti in abandoned houses were a joy, an endless source of pleasure.

Mesa became a muralist, in constant pursuit of discreet, intimate locations filled with mystery to serve as canvasses for the sumptuous faces he imagined.

While he is best known for his urban murals, one of his favourite projects was realized in a rural setting: sculpted, painted faces, their eyes closed, set into the hollow of a tree trunk, transforming it into a mythological creature, a chimerical totem.

The inflexible, serene resilience of the Sahrawi refugees he encountered in the Western Sahara exerted pivotal influence on his vision of his artistic work, and indeed his entire existence.

Dreamlike portraits, penetrating gazes, unsettling crows – the monumental nature of his paintings is crucial for Mesa, enabling him, like any passer-by, to confront his work without compromise.

This electrical toy, which we may call aeroplane,
should make it possible to rise over walls.
But it’s held back by an electric wire,
that cuts the dream in two.