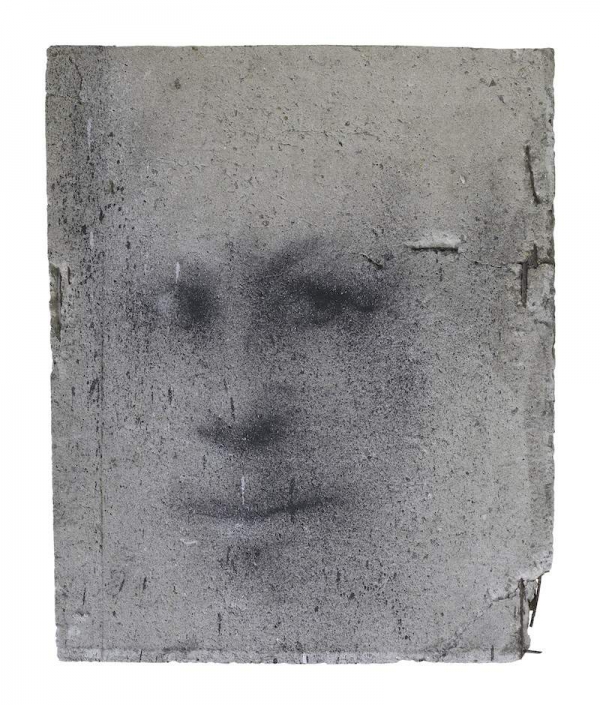 After a fairly classic artistic career (the École des Arts Décoratifs, Villa Médicis hors les murs), Jean Faucheur moved to the forefront of the new urban artistic interventions of the 1980s, known as the “Médias Peintres.”

Creating large-scale works on paper, he began “squatting” on Paris’s billboards in 1983 with more than a hundred spectacular interventions/performances.

Following this, for the next two years he travelled to New York and to Tokyo and founded a painters’ collective known as “Les Frères Ripoulin,” showing at the Tony Shafrazy gallery in New York (the gallery of Keith Haring, Futura 2000, and Basquiat), organized wildcat shows in the Paris Metro as well as at the Palace, co-founded the Galerie Jean Marc Patras, and showed in Agnès b’s new Galerie du Jour.

From 1986 to the 2000s, he left the streets to return to sculpture, painting, and photography.

He reconnected with the graffiti scene in 2002 after meeting the “poster archaeologist” Thom Thom.
Their friendship led to multiple collective urban interventions: a cycle of shows titled “Implosion/Explosion” (indoor and outdoor works on 3x8 metre paper in 2002), “Une Nuit,” a massive invasion of Paris and the rest of France by more than 150 artists with 4x3 metre panels (2002, 2003, 2005). He also cofounded the M.U.R group and its renewable painting space in Paris’ 11th arrondissement de Paris in 2007.

An eclectic and polymorph artist, he has participated in numerous collective experiments, including the “Akylonumérik” video/pictorial performance and the D’Rush collective.

Let us forget colour,
let us navigate the blur,
keep us from seeing things clearer…
That absent gaze… mine, perhaps?