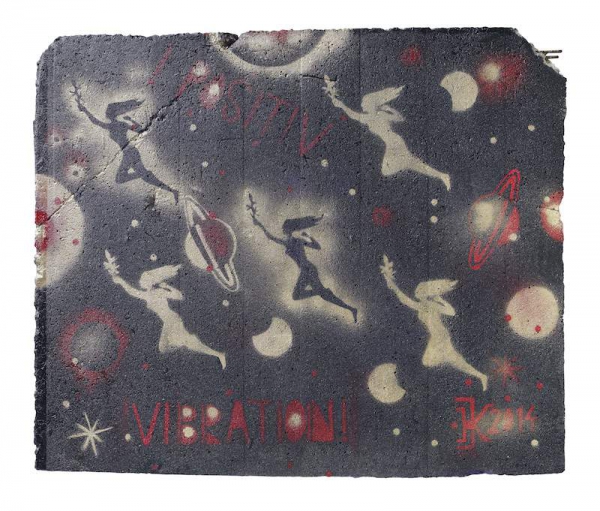 After an adventuresome journey that took him from France to Canada, then down through the United States and into South America, Heinz Kuzdas set down his bags in West Berlin in 1972.

A philosopher, doctor, and journalist, for six years, starting in 1983, he took daily, methodical photographs of the evolution of the paintings and graffiti on the Berlin Wall, until its fall in November 1989.

This unique and necessary documentation helped to constitute the Berlin of legend – young, creative, insouciant, and provocative. Visual archives, which ensured that these artworks, constantly renewed, day and night, would be preserved.

More than a hundred international shows devoted to the work of Heinz Kuzdas preserve the vitality of this memory.

When night fell on the gigantic canvas of the concrete Wall, he participated in the adventure, painting ethereal women and galaxies, laying out his humanist messages and “Positive Vibrations” that denounced the absurdity of the Cold War dividing the people.

Although the dream of a reunited Germany came to pass in October 1990, after the Wall came down, Heinz Kuzdas has pursued his commitment to bringing down other walls, those of the prejudice that resists and constricts our minds.

Galactic amazons,
born in the eyes of the painter photographer.
To us, earthlings, they send
messages of the peace he has known.