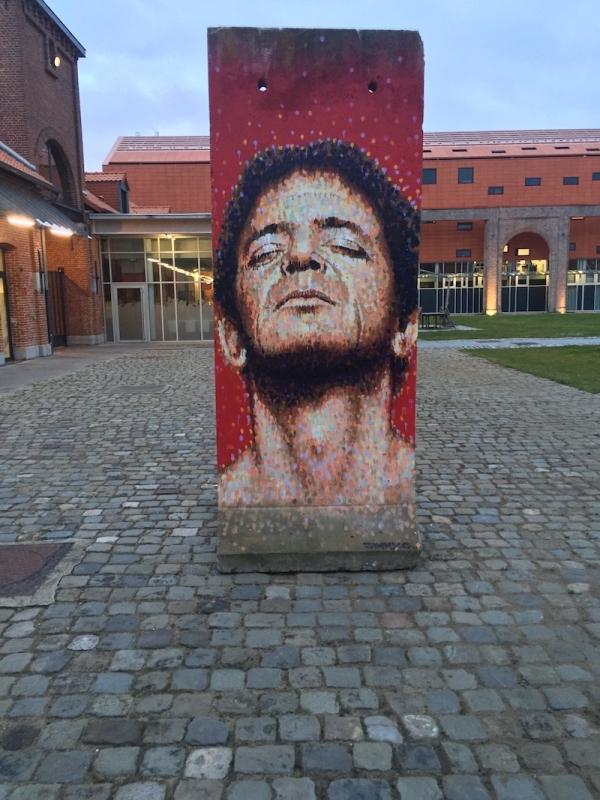 James Cochran, aka Jimmy C, played a key role in the development of the underground graffiti movement in Australia during the early 1990's.

With a Masters degree in Visual Arts from the University of South Australia, his interests range from New York graffiti artists to Aboriginal art by local artists.

The convergence of those interests in graffiti and oil painting led to the development of Cochran's signature aerosol pointillist style; portraits or urban landscapes painted entirely from dots and dashes of spray paint.

This technique developed into what he called the 'drip paintings' and the 'scribble paintings', composed of layers of coloured drips or energetic lines to form vibrant and poetic cityscapes and portraits.

His many travels and encounters, the discovery of Impressionism strengthened and affirmed the originality of Jimmy C's works and their pointillist style.

The role of the individual in society, its place in the urban city, the relation of man to his environment , the meaning of his existence are inspirations and thoughts constants in Jimmy C's work. As the sum of individualities forge a society , drops of paint, the assembly of these points of colors, unique, separated particles, make sense by the consistency we discover in hindsight.

Jimmy C now lives in London and his canvases and walls can be viewed in cities across the world. His works include a portrait of Olympic champion Usain Bolt, which became one of the key images during the London Olympics in 2014, then in 2013 a collaboration with the iconic London store Liberty to create a limited edition Cosmic Heart fabric print that was launched during London Fashion Week. Recently his painting of David Bowie in Brixton became the focus of worldwide attention when it became an unofficial shrine for fans to pay tribute to the music legend.

Let us forget colour,
let us navigate the blur,
keep us from seeing things clearer…
That absent gaze… mine, perhaps?