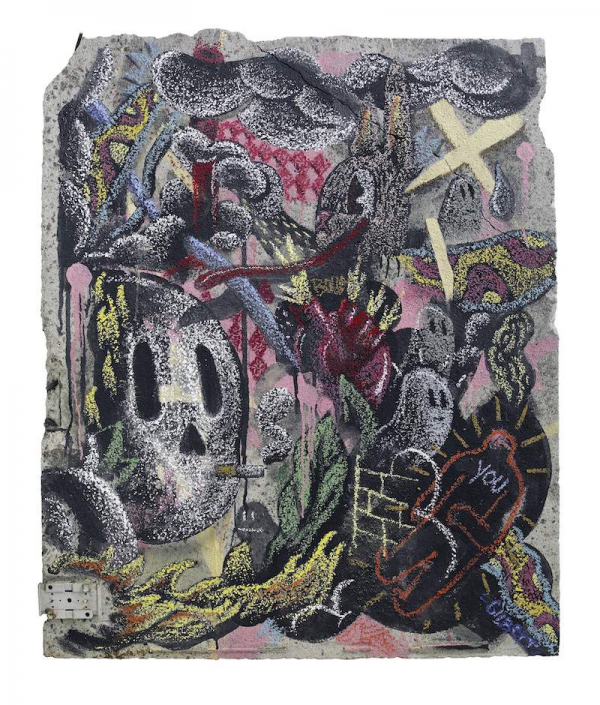 Urban, yes… but an artist above all else!
A hyperactive one, at that…

A child of pop art and free figuration, of comics and graphic novels, Gilbert runs a studio and shows his canvasses in galleries. He has played an active and prolific role in the world of urban art since 1998.

“In Dog we trust” is blazoned across the frontispiece of his multi-form street-artistic enterprise: a provocative and mocking dog that came out of a session in Palestine in 2001. With open reference to Keith Haring’s canine, this recurring signature is Gilbert’s faithful companion in his artistic wanderings. “Dogs are man’s best friend… and they leave their mark everywhere.”

Gilbert was a founder of Kosmopolite, an international “graffiti art” festival in Bagnolet, as well as Kosmopolite Art Tour, and the Douze Douze and AKR multimedia collectives.
In 2014, he participated in the exceptional adventure that was Tour 13.

Monsters and marvels
nearly Voodoo,
ghosts, the dead and the living,
speak to us of the future.