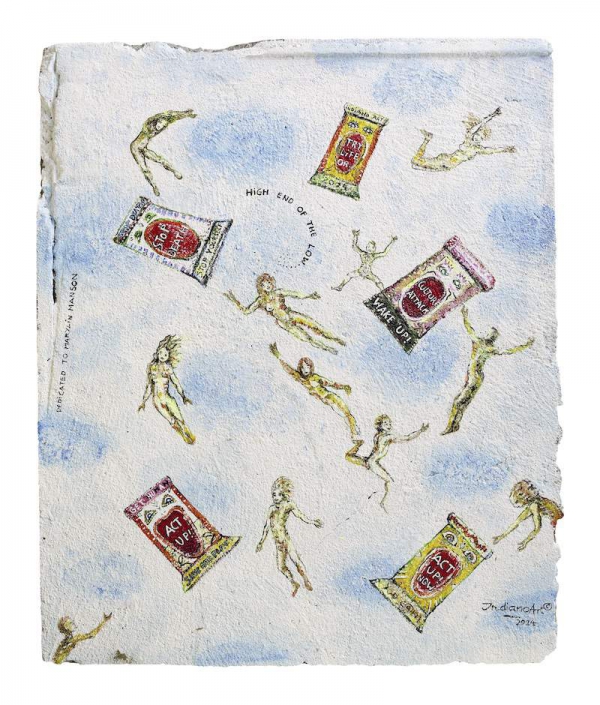 Born in Oschersleben (East Germany) in 1952

1956, in the thick of the Cold War, Jürgen and his parents fled East Germany for the West, where they remained in a refugee camp for three years.

Jürgen Grosse moved to East Berlin in 1980. Uninspired by the idea of a monotonous fate, he preferred travelling the planet, following his “Do or Die” creed. He hitchhiked across India and Nepal before ending up – temporarily – as a goatherd near Lake Como.

Back in his Heimat, he resumed painting on canvas and on walls, joining the ranks of the Berlin Wall’s “historic” artists.
Over the course of seven months in 1989, he completed 223 paintings, including the renowned “Save our earth / Get human,” which can still be viewed at the East Side Gallery. A significant portion of his work now resides in museum collections.

Drawn to American Indian cultures, to cosmology, and to the oneness of the universe, he adopted the pseudonym Indiano, which the sachem Crowfoot summed up with these words: “What is life? It is the flash of a firefly in the night.”

For the past few years, Indiano has returned to a life close to nature in the Pyrenees, where he creates large-scale “cosmic tableaux” with light beings and other aliens, in search of harmony among man, nature, and the cosmos.