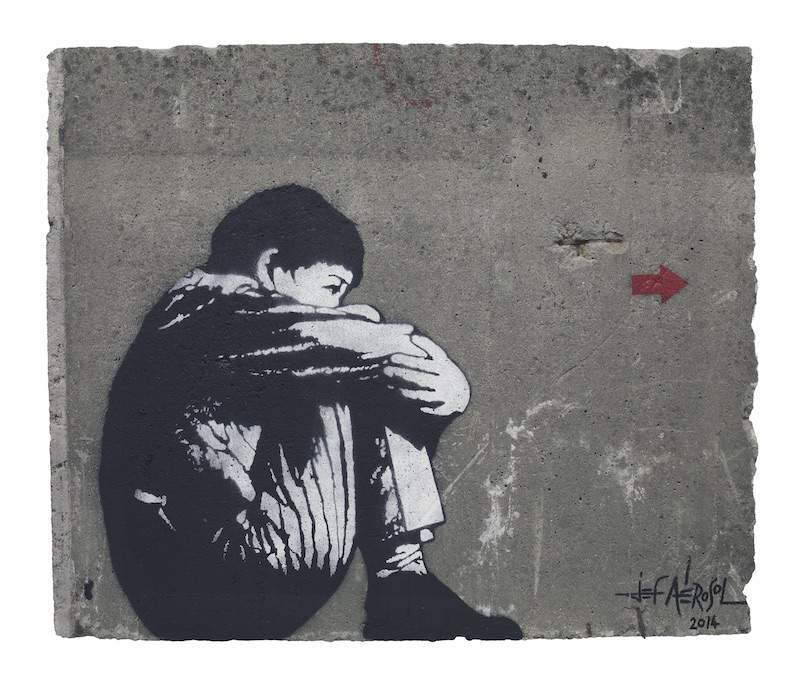 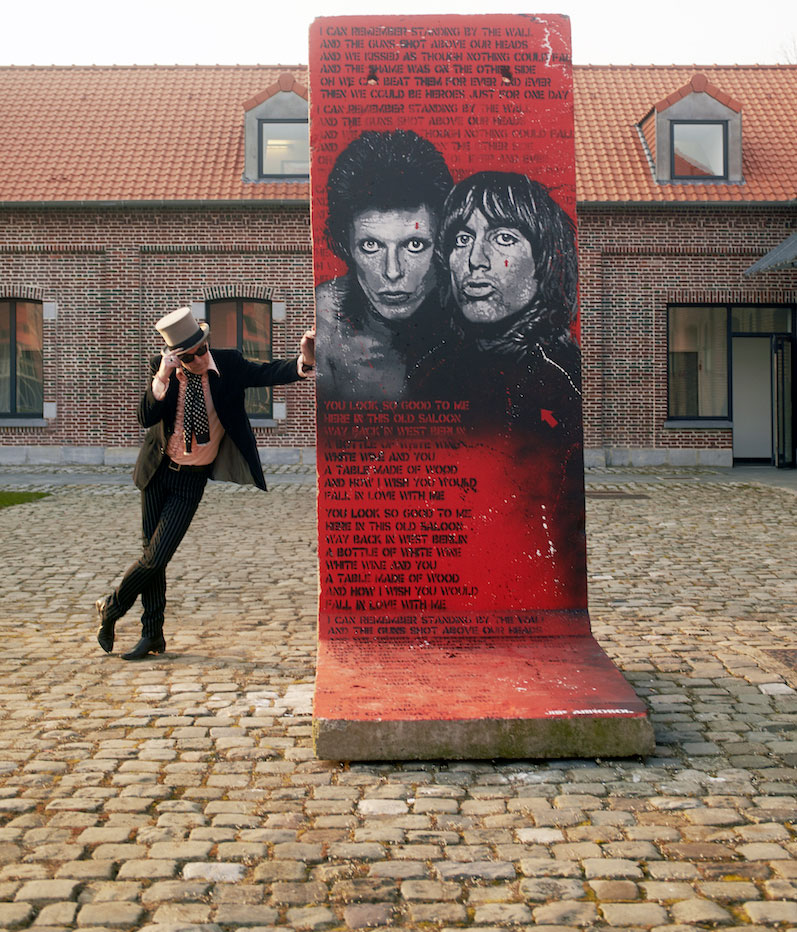 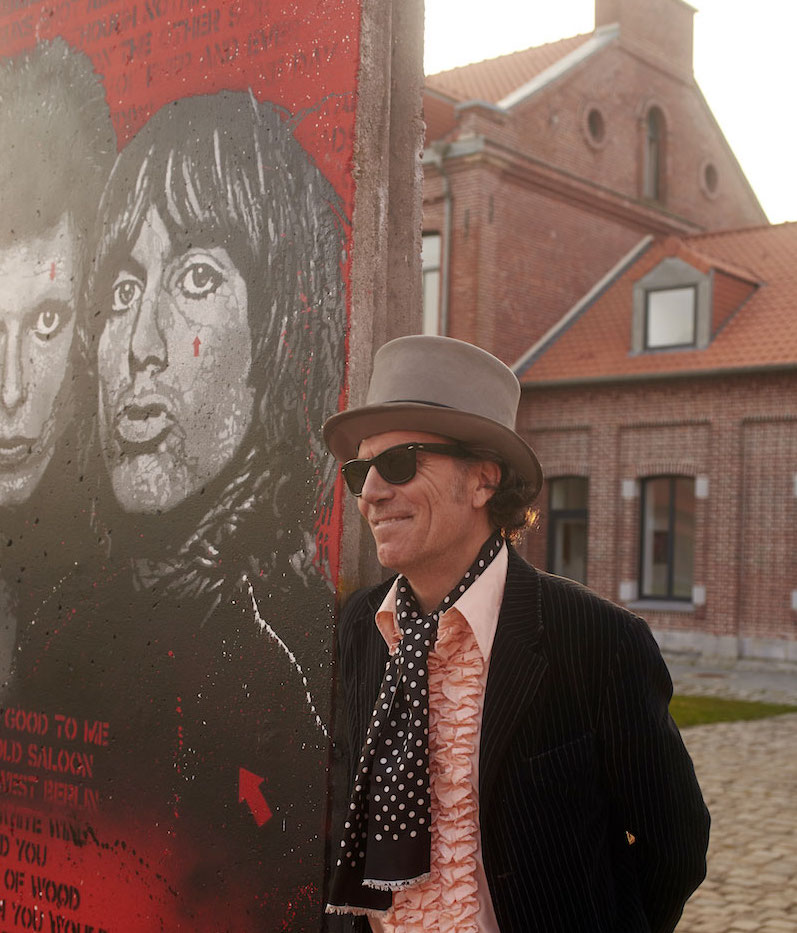 Born in Nantes (Loire-Atlantique, France) in 1957

Apair of boots… perched above them, a cap, a smile, and some dark glasses. No doubt about it: that’s Jef Aérosol.

An English teacher in his first life, he spent a year in Ireland and came away possessed by the demon music… As a musician and a member of the bands Windcatchers, Open Road, and Distant Shores, he pursued an enduring passion for traditional Irish folk music as well as the ever-present rock and blues…

In the early 1980s, caught up in the emergence of the punk phenomenon, in the visual whirlwind of photo-graphisme, he began a second life. Stencils were his tool of choice, and he was one of the first generation of French urban artists to use the medium, along with Epsylon Point, Blek le Rat, and Miss.Tic.

While his first works were precursors of the selfie, he quickly turned his aerosol spray paints to wall portraits of major figures of the rock generation, of cultural life, and of anonymous subjects, all sprayed into V.I.P. legend (Very Important Pochoirs – pochoir is the French word for stencil).

The grey and black images of Jef Aérosol wrote the story of an era.

One of his most emblematic works is "Sitting Kid,” a solitary, pensive young man who can be found everywhere from the Great Wall of China to Ushuaia, London, and New York, accompanied by his perennial hallmark, a red arrow.