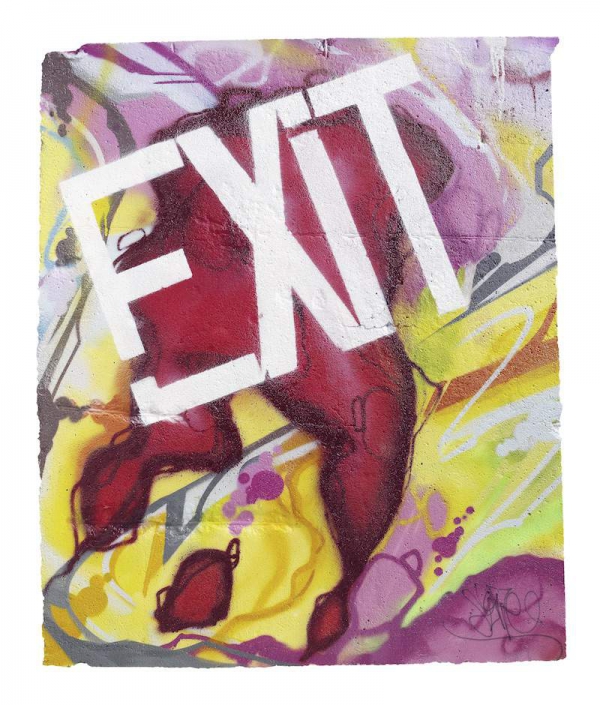 Since 1993, the tag Sone Vandules can be seen in Berlin, on the walls of Kreuzberg and in “graffiti bombs” on train cars. In a more conventional vein, the artist also creates glass paintings, a traditional craft in Bavaria and Eastern Europe.

In parallel, he is an active member of the crew TrueVandals DontStop… a throw-up that’s also a call to arms.

His contribution to the show “Art Liberté” under the pseudonym KingOne paid tribute to Mikhail Gorbachev, General Secretary of the Communist Party in 1985, expressing his gratitude for the reunification of Germany. Without him, KingOne, a resident of West Berlin, would never have met Ossie, his fiancée, a resident of East Berlin.

The word "Exit" at the foreground of the work, with its partly opened post, symbolizes the fall of the Berlin Wall in 1989, extending a passport to newfound freedom of movement. Behind it, Gorbachev’s notorious port-wine stain underlines the importance of his role in this turning point in history.

Let us toast Mr Gorbachev!
Celebrate the crumbling of the soiled grey,
which leaves a wide open space
for life’s colours.