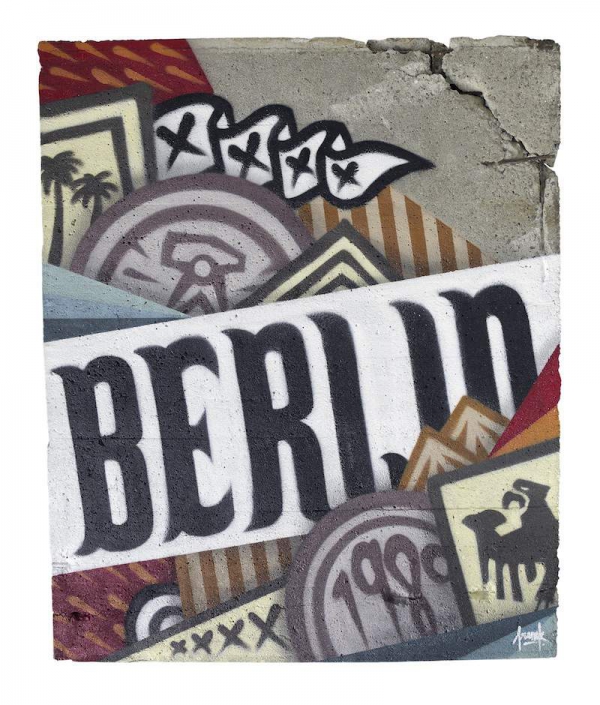 All the while working in the street on colourful, luminous graffiti.

Through a friend, he discovered the fascinating world of tattoo art, for which he developed a major passion. His encounter with the tattoo artists of Bleu Noir, where he has presided since 2009, was a definitive turning point for him in this domain.

His black and white style, with its precise, sophisticated lines, is perfectly adapted to work on skin, evokes the Art Nouveau movement and early twentieth century engraving techniques. He is at home with any theme, from animals to landscapes, from motorsports to morphologies, from animated scenes to logotype.

In 2014, he designed the symbol for each of the ten Parisian neighbourhoods of the “Battle Run,” a sporting event organised by Adidas to promote a new style of running.

He has continued mural painting, in which his typographical inventiveness and his polychromatic pictorial force compel admiration.

His latest show was titled, “L’aventure commence” (“The Adventure Begins”)… So long baby!

All Berlin’s symbols,
set in aerosol
on the penitentiary remains,
cuffing the wrist of humanity.