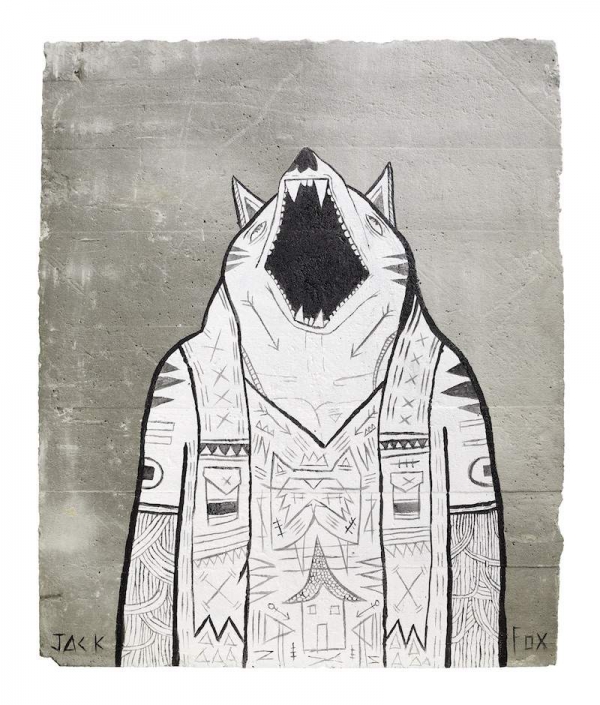 Jack Fox is a young South African artist of 17 who makes his home in Cape Town.

First known under the pseudonym Cashril Plus, Jack Fox has been drawing since a very early age. He became known through his graphic novels and his urban artwork, as well as his work as a music producer.

He gained notoriety through his murals, and has participated in numerous shows in Paris, Berlin, Madagascar, New York, Switzerland, and Spain, among other places… as well, of course, as Cape Town.

He has bloomed early in the art world, promising a bright future.

With the travelling group show “Urban A: Part 1,” he is helping to raise the profile of South African urban art, with several emerging artists from Cape Town, Durban, and Johannesburg, including Ninjabredboy, Fersyndicate, and Skullboy.

The wolfhound at the great costume party
howls at the cold moon,
howls in the night for the sun
to return and warm our frozen bodies.